CKMlive is meant to allow the High Energy Physics community to run dedicated analyses conducted with the CKMfitter software.

You must register here first. Once registered, you will be able to start analyses using the CKMfitter environment.

The CKMlive project is brought to you by Jérôme CHARLES, Alexandre CLAUDE, Sébastien DESCOTES-GENON, Stéphane MONTEIL. The mailing list ckmlivenull@nullclermont.in2p3.fr is available to ask any questions on the project.

A tutorial introducing the project is available here

In the framework of the Standard Model, charged-current quark transitions are described by the CKM matrix, which can be parameterised with four independent parameters. CKMlive allows you to perform the metrology of these parameters using experimental constraints on observables with a good control of theoretical uncertainties. 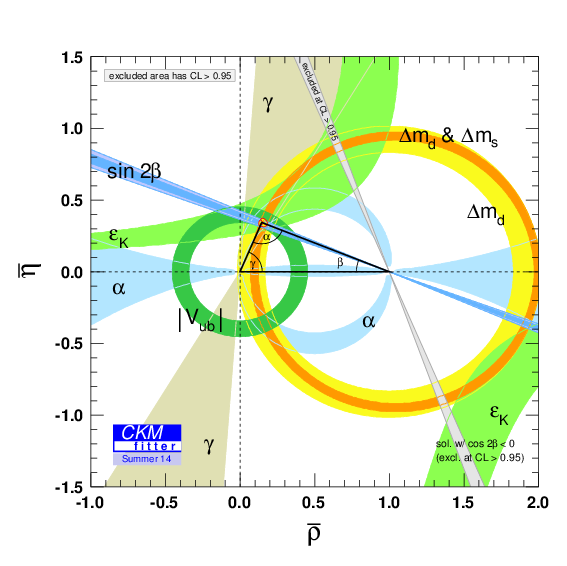 CKMfitter is a group of theoreticians and experimentalists who propose global interpretations of the Flavour Physics data in the framework of the Standard Model (SM) of Particle Physics and beyond (BSM). The involved laboratories are by alphabetical order: CPT (Marseille), KEK (Japan), LAPP (Annecy-Le-Vieux), LPC (Clermont), LPNHE (Paris), LPT (Orsay), and the Universities of Berlin (Germany) and Melbourne (Australia).

A rather complete description of the group and its activities (including the main results and publications) can be found here. In particular, we provide the High Energy Physics community with the metrology of the four SM parameters describing the quark flavour charged current transitions in the Cabibbo-Kobayashi-Maskawa (CKM) paradigm, established with frequentist statistical techniques.

CKMlive is a web interface that will allow you to perform similar analysis for given scenarios (in particular the Standard Model global fit), either taking inputs from analyses already performed by the CKMfitter group or choosing your preferred inputs.

CKMlive will be extended to flavour analyses beyond the Standard Model in the future. For instance, it is possible to introduce New Physics contributions in neutral mesons mixing processes in a model-independent way by multiplying the SM mixing matrix elements by a NP complex amplitude. Following the parameterisation of Lenz et al. :

This NP scenario can be constrained using the observables used in the Standard Model global fit as well as additional observables for neutral-meson mixing. 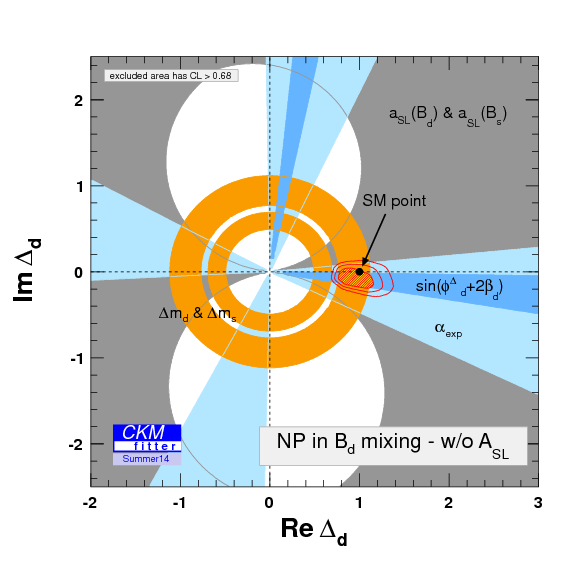